Who decides the dreams? 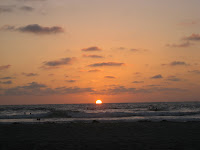 My teenage son told me at breakfast the other day that he had one of the more ridiculous dreams he’s ever had. Most of the plot (and I use the term loosely) was compltely non-sensical. I can’t even recall all the hapless details except that I remember he told me our cat was in the dream but it wasn’t our cat.

And it just makes me wonder, who is in charge of the subconscious while I’m sleeping? I mean, really? It’s like I go to sleep and a bunch of four-year-olds gather around a conference table in my mind and decide the dream’s storyline for that night.

And if that’s not ridiculous enough, my dreams’ story lines deal with the same cliched plots over and over and over. The writer in me is appalled at the lack of originality. There’s the No Way Out dream, also known as the No Parachute Dream. And the You Didn’t Study for the Test Dream. And the Where Did this Baby Come From? dream. And the Yikes! I’ve Lost all my Teeth Dream. And yes, I’ve dreamt the I’m Late for My Wedding and I Forgot to Buy a Wedding Dress dream a dozen times, even though I am happily married and got that way in a dress I bought six months a head of time, 27 years ago.

Who comes up with this stuff? Which part of us decides what lifeskill we need to work on while we sleep? The four-year-olds in our brains could gain a lot by attending a good writers conference so they could come up with better material.

Am I right or am I right?

« Written upon
Praise for the uncommon word »