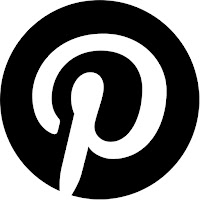 The Jubilee ends, the need does not 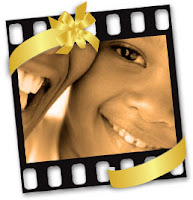 The year that just passed, my 50th on the planet, has ended. Last week I turned fifty-one and the Jubilee that was my fiftieth had to necessarily come to an end. When I asked for a tally of the donations given to Oasis Haven in honor of my Jubilee, it was heartening to hear that one thousand dollars had been given to support these precious little ones in Johannesburg.

My aspirations had been high; I admit I had hoped for $5,000, but as the year progressed I knew that my marshmallow marketing persona would show up here just as it does with anything else I attempt to “sell.” I am more like a cave dweller when it comes to hype and promotion. I am a better writer than a promoter, and I’ve always known this. Still, to think that my little birthday generated donations that totaled a thousand dollars is still something to celebrate. I am grateful to each one of you. And of course it’s never too late to donate to Oasis Haven. The US address on my Jubilee for Joburg website is still the address to send US currency, and they still have the same needs they had a year ago when I began this quest.

There are many ways that you can get involved post-Jubilee and support the children in Oasis Family Homes. Here’s a great link to show you how:
Oasis says, “We don’t want you to add more to your already busy life. Rather, take a look at what you are already doing, and make Oasis Haven a part of it. Let’s all do our part to change the lives of abandoned and orphaned children in our country.”

The jubilee is over, but the needs are still there. If your 2012 plan doesn’t include yet an outreach outlet, consider the little ones at Oasis Haven who want more than anything to have what you have had – a family. 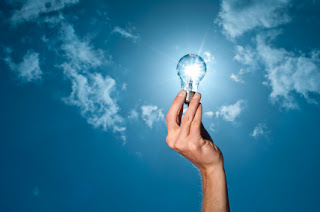 Today, the sixth of January, is known round the world as Epiphany. If you were raised in a liturgical church, you might remember this being the day to celebrate the arrival of the Wise Men at Bethlehem. Spell Epiphany with a capital E and it’s today, January 6. On other days, when it’s just spelled with a lower case e, epiphany is when you have had an amazing revelation – a light bulb moment when everything is clear to you.

I like etymology; I always have. Naturally I went to my etymology dictionary this morning to see that constructs give us this lovely word ‘epiphany.’ It comes from the late Greek epiphanes, which means “manifest, conspicuous,” It’s a compound word. The front half is epi, which means “on, to” as in epitaph, and epitome and epidural, and its back half is, phainein, which means “to show,” as in phantom, and fantasy and fantastic. It’s the display unto of us something fantastic and supernatural. Something that changes everything.

It’s interesting to me that Epiphany with a big E has little to do with earthly presents like gold, frankinsence and myrrh. Its true meaning is lost in our contemplations of Eastern kings on camels who wore cool hats and knew how to outsmart Herod. Epiphany with a big E was and is about something more, I think. Something fantastical. Something too big for earthly minds.

Think about it a moment. What happened to Mary and Joseph and Jesus after the “presents” from the Wise Men were opened, and these new parents figuratively began their New Year? We don’t have to guess, actually. We can read it in the gospel of Matthew:

Matthew 2:11-15: “On coming to the house, they saw the child with his mother Mary, and they bowed down and worshiped him. Then they opened their treasures and presented him with gifts of gold, frankincense and myrrh. And having been warned in a dream not to go back to Herod, they returned to their country by another route. When they had gone, an angel of the Lord appeared to Joseph in a dream. “Get up,” he said, “take the child and his mother and escape to Egypt. Stay there until I tell you, for Herod is going to search for the child to kill him.” So he got up, took the child and his mother during the night and left for Egypt.”

After the Wise Men left, things got very complicated for this little family. Instead of things getting better they got worse. They had to trust God for their future more than ever. This was their Epiphany. What do you think they learned about God in the glow of this bright and fantastic moment?

Some things that come to mind:

Have you ever found yourself in a different place than you expected to be at the start of a new year?

I wonder if sometimes when things seem really dark, as it might have seemed to Joseph and Mary as they fled in the night to protect their infant son, that things are actually quite bright and we find ourselves shielding our eyes. When God is present in our dark times, He is Epiphany; a manifestation of Himself in our dark places. Brightness that causes us to shield our eyes can fool us into thinking all is dark. It’s actually the opposite.

And that’s my light bulb moment for day, on this sixth of January.