Thoughts on the Orphan Train 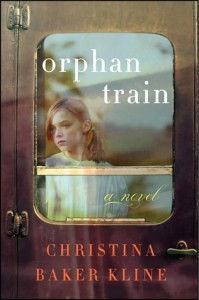 Whenever I read a novel of a child treated like dirt or a stray dog or a slave or an object to be used and abused, my Mama Bear instincts kick into high gear. I confess sometimes I can’t finish the book, and sometimes I am driven like a mad woman  to finish the book because I am so intent on seeing that child rescued. When the narrator is the child herself, I am even more a prisoner of the pages and the story haunts me in between readings such that I must get back to it as soon as I can, not so much because I must see how the story turns out, but I must that child vindicated, and the wrong-doers punished. Sarah’s Key, The Language of Flowers, The Hunger Games were all like that for me, as was this wonderful book, Orphan Train, by Christina Baker Kline.

One of the things I liked best about Orphan Train is the dove-tailing of a contemporary story with the historical main meal. It is my favorite way to write a novel, as I’ve used it for the last six I’ve written and will continue to do so as long as the ideal mill gives them to me. The present day framing of Orphan Train gives the historical chapters an emotional context that heightens the sympathetic yank  you already feel the minute you connect with the words of the young protagonist.

Here are the novel’s details on its GoodReads page: “By the The author of Bird in Hand and The Way Life Should Be delivers her most ambitious and powerful novel to date: a captivating story of two very different women who build an unexpected friendship: a 91-year-old woman with a hidden past as an orphan-train rider and the teenage girl whose own troubled adolescence leads her to seek answers to questions no one has ever thought to ask.

Nearly eighteen, Molly Ayer knows she has one last chance. Just months from “aging out” of the child welfare system, and close to being kicked out of her foster home, a community service position helping an elderly woman clean out her home is the only thing keeping her out of juvie and worse.

Vivian Daly has lived a quiet life on the coast of Maine. But in her attic, hidden in trunks, are vestiges of a turbulent past. As she helps Vivian sort through her possessions and memories, Molly discovers that she and Vivian aren’t as different as they seem to be. A young Irish immigrant orphaned in New York City, Vivian was put on a train to the Midwest with hundreds of other children whose destinies would be determined by luck and chance.

The closer Molly grows to Vivian, the more she discovers parallels to her own life. A Penobscot Indian, she, too, is an outsider being raised by strangers, and she, too, has unanswered questions about the past. As her emotional barriers begin to crumble, Molly discovers that she has the power to help Vivian find answers to mysteries that have haunted her for her entire life – answers that will ultimately free them both.

Rich in detail and epic in scope, Orphan Train is a powerful novel of upheaval and resilience, of second chances, of unexpected friendship, and of the secrets we carry that keep us from finding out who we are.”

This book is a Goodreads nominee for a place among its best fiction for 2013. The site  is conducting their reader-based Best Fiction for 2013 poll. You can vote for your favorite reads right here: Sad that you can only vote for one book in each category.  Lots of great books in this category.

If you’ve read it, I’d love to  hear your thoughts. Or perhaps you can share your favorite story with a young protagonist who faces incredible odds and rises above them. Let’s chat.

Story by notes and posts 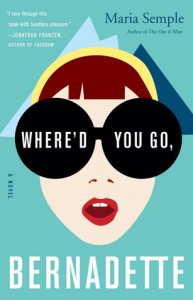 The first epistolary novel I read as a young adult, at least that I can remember reading, is C. S. Lewis’ The Screwtape Letters, a classic book-by-epistle about a demon instructing a junior demon on the many ways to quietly trip up us mere mortals, and a book that will no doubt never cease to be in print. That reading was closely followed, by The Fan, a 1977 thriller-type novel about a Hollywood star slowly terrorized by an off-his-rocker devotee and the entire story is told by letters and telegrams. At least that’s what I think the story’s premise was. That particular book appears to have long been out of print.

I like the epistolary novel.  Love it, actually. My favorite of late, probably a favorite of many of you is The Guernsey Literary And Potato Peel Pie Society, which I loved, loved, loved.

It’s an intriguing, challenging and unconventional way to tell a story. And I don’t think it’s an easy feat to pull off. I’ve used that device in my own novels and I know how limiting it can be. In fact, I’ve only ever used it to tell part of the book, not the whole thing. In The Shape of Mercy, I used diary. In A Sound Among the Trees, I used letters a Confederate woman wrote to a Yankee cousin and never sent. I remember thinking as I writing Susannah’s letters to her cousin Eleanor in Maine that she was starting to sound like she was narrating the story, not writing a letter. And I didn’t know what to do about it. Letters have a certain feel that is different from narrative.

All that said, I enjoyed Maria Semple’s epistolary Where’d You Go Bernadette. A lot. It was clever, funny, sassy, at times tender and poignant. And if you don’t look too closely at emails that read like narrative, it’s a seamless read that will seriously have you laughing out loud on modes of public transportation.

The story in a nutshell is this: To Bernadette Fox’s husband,”she’s a fearlessly opinionated partner; to fellow private-school mothers in Seattle, she’s a disgrace; to design mavens, she’s a revolutionary architect, and to 15-year-old Bee, she is a best friend and, simply, Mom.Then Bernadette disappears. It began when Bee aced her report card and claimed her promised reward: a family trip to Antarctica. But Bernadette’s intensifying allergy to Seattle—and people in general—has made her so agoraphobic that a virtual assistant in India now runs her most basic errands. A trip to the end of the earth is problematic. To find her mother, Bee compiles email messages, official documents, secret correspondence—creating a compulsively readable and touching novel about misplaced genius and a mother and daughter’s role in an absurd world.”

Some of my favorite lines are these:

“Maybe that’s what religion is, hurling yourself off a cliff and trusting that something bigger will take care of you and carry you to the right place.”

“People like you must create. If you don’t create, Bernadette, you will become a menace to society.”

A caveat, though. If you are loyal to Microsoft or you’re Canadian you might feel a tad insulted. I don’t live in Seattle so I am not in the know as to how the average Seattleite looks at the MS techno-giant or the international neighbors to the North. Every novelist has to create a context from which her characters spring, even if it’s a fabricated context or overdrawn from reality. Or right on the money. I wasn’t bothered. But I live in San Diego. 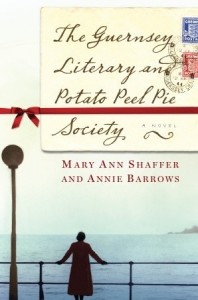 If you’re looking for something very different in a novel, and need some levity mixed with drama, pick it up. It’s unlike the last novel you read, I’m fairly certain of that.

And if you have been, do please share your favorite. Let’s chat.