Why I wrote a ghost story 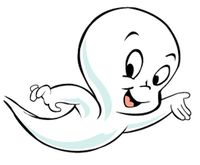 I used to be scared of everything when I was little. Up-and-down carousel horses, the Michelin Man, Mr. Bubble, blimps, and steep hills, just to name a few things. When the rest of the family watched “Lost in Space” in the living room I had to hide out in my bedroom because I nearly had a heart attack every time the robot flailed his wiggly, pincer-tipped arms and yelled, “Danger! Danger!”

I should have been afraid of “The Ghost and Mrs. Muir,” a TV show that only aired from 1968 to 1970. But oddly enough I loved that show. Do you remember it? The premise is that a pretty, young widow and mother of two, Carolyn Muir, discovers that the seaside house she’s moved into is haunted by the former owner, a sailor named Captain Daniel Gregg, an old salt who at first resists the intrusion but quickly falls in love with her. The producers took care to make every ghostly sequence lighthearted – the laugh track is ridiculously overused – and any show that had Charles C. Reilly in its cast wasn’t going to be hardcore horror. Still, the captain was a ghost, and yet I loved the show.

Looking back on it now, I think it’s because the Captain was a regular character in this story. And like all characters in all stories he wanted something he didn’t have. That made him human, if not supernaturally so, and not a hellish phantom with no aim other than to terrorize people.

If I am to imagine that ghosts are real – and being a novelist and not a scientist I don’t have to prove they are or are not – then they must want something. Why would they linger if not because they want something? And because I chose the beautiful and famously haunted RMS Queen Mary as the setting for my next novel, A BRIDGE ACROSS THE OCEAN (Berkley, March 2017), I knew I wanted to add a ghost as a character.

I am a believer in life after death. I believe in God and the spirit world of angels and demons, so as a novelist who gets to cook up all kinds of scenarios, it’s not so far off to imagine that the spirit world might be one we don’t know everything about. As a Christian, I also find it very interesting that when the disciples of Jesus were out in a boat on a very stormy night and he came walking out on the water to them, the gospels say they were terrified because they thought he was a ghost. He calms them not by saying, “There are no ghosts!” but by saying, “It’s me! Don’t be afraid.”  Then after the resurrection when Jesus appears to the disciples, and they are again scared out of their minds that he’s a ghost, he says in the gospel of Luke, “Look at my hands and my feet. It is I myself! Touch me and see; a ghost does not have flesh and bones, as you see I have.”

When I was researching A BRIDGE ACROSS THE OCEAN, I asked many friends if they’d ever had an experience that had no earthly explanation. I was surprised by the number who emailed me back with a story that they don’t always share with people because it defies conventional wisdom. These stories reinforced for me the notion that we don’t know everything about everything.

All this is to say I have a ghost in my next novel. More than one, actually. But it’s not a scary book. Not at all. My ghosts are literary ghosts, if you will. They are just like the mortal characters in the story who want something, are on a quest to have it, and face hearty opposition.

I think you will like my ghosts. If you liked Captain Gregg, I know you will! I don’t know if it’s truly possible for any of us to hang around after we pass away, but it was supremely interesting for me to wonder and suppose that if we could, why would we do it?

Would love to hear your thoughts! Have you ever had an experience that defies explanation?