The Thorn Birds and me 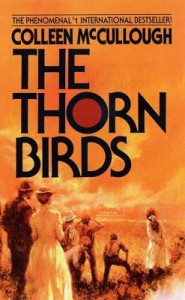 I’ve always had an itch to write; most people who know me already know that. But there have been books in my long-ago past that served to assure I would never – must never – grow desensitized to that itch and every now and then I am reminded how grateful I am for those books. Charlotte’s Web was one, so was The Island of the Blue Dolphins, and The Grapes of Wrath. And so was Colleen McCullough’s The Thorn Birds.

When I heard yesterday that Colleen McCullough had passed away, I felt like I’d lost a friend and mentor even though we’d never met. Plus, I had only ever read the one book by her.  I know she wrote other novels but I never read them. She stands out as a pillar on my path to having become a novelist, so perhaps I subconsciously chose to read nothing else by her so that her mark on me couldn’t possibly be sullied by a book not on par (at least to me, anyway) with The Thorn Birds.

I am not alone in my admiration of this book. It has sold 30 million copies in paperback, 3 million in hard. It was made into a TV mini series that I still hunger to re-watch from time to time. including right now.

I was probably a senior in high school the first time I read The Thorn Birds, in my twenties the second. In my thirties, the third.  I loved how she wove the story over the decades, how she parceled the story out to us by sections separated by names. And oh, the names. 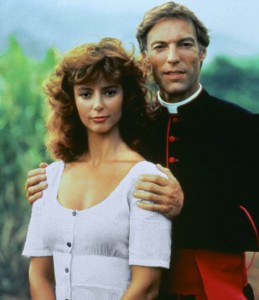 I fell in love with the names Meghann (with the h and the two n’s), Padraic, Fiona, Justine, and Dane. And I’ve never forgotten the shade of the dress Meggie wore when everything was suddenly different: ashes of roses. Such a hauntingly, metaphorical, foreshadowing description of a hue that would’ve been pink if life was easy.

I am not altogether sure why some books stay with you, decades after you’ve read them, other than there is something special about those books that touches you in a place where you are most deeply you.

I was a novelist who hadn’t written anything yet when I first read The Thorn Birds. And then I was a wannabe when I read it again. Then I was a “will I ever be?” And now, I am going to read it again as dear Colleen’s much-lesser-known colleague in the trenches.

Thank you Colleen, for laying kindling on the little fire that would be my offering back to the world…I am forever grateful. 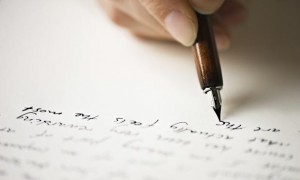 I am presently spending every second in the Cave of Wonders (that’s an euphemism for the Dreaded Deadline Abyss) but I can’t let this day go by completely without mentioning that it’s National Handwriting Day.

While society probably doesn’t need National Middle Child’s Day or National Polka Dot Day or National Doughnuts for Dinner Day, we unfortunately need this one because a few years back, public schools collectively decided kids don’t need to learn how to write in cursive; a decision I still have to pinch myself over. It’s a bad dream, right?

A couple days ago I posted a link on Facebook to a great article that appeared in the New York Times on what those same kids are losing out on by NOT learning how to write in cursive. I’ve heard that apparently teachers aren’t given enough time to teach penmanship and how to write a signature that doesn’t look like your cat wrote it and the finer details of learning how to write in longhand on an actual piece of paper.  Cursive handwriting was eliminated as a subject without much thought – as far as I can tell – as to the implications down the road. It’s a very telling article that if you haven’t read already, you will want to.

A different kind of book club 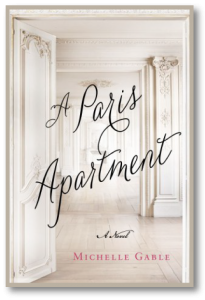 We’re doing something new and fun at Women’s Fiction Writers that I am pretty jazzed about. We’ve put together a different kind of book club that is all about the word “BEFORE” instead of “after.”  This online club will “get together” over on Facebook to talk about books BEFORE we’ve read them – without giving away any spoilers of course. It’s a book club to talk about out what fabulous new book TO read instead of a club for great books you just read.

That means you can get in on the club anytime and come to the online club meetings – which we are calling Fiction Cafe – and it will never matter if you haven’t read the book, because no one is expected to have read the book. Cool, right? I don’t know about you but there have been times at my physical book club when I’ve not been able to get to the book we’ve chosen. I have always felt like a flunkatoid when that happens. Not so with this one.  Our Fiction Cafe weeks will happen twice a month and will introduce you to new books by great authors and lots more. There will be a drawing of the book, a Q and A with the author, behind-the-scene looks at how the book came to be, photos of historical significance or current day locales or maybe even recipes inspired by the story. Best of all you will get to know the author because you will have the fabulous opportunity to chat together on our Facebook event page. 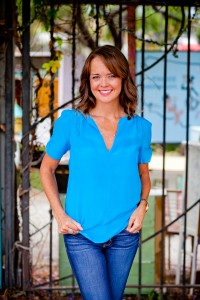 The first Cafe Week is coming next week, January 12 through 16, and the book we are showcasing is Michelle Gable’s stunning debut, A Paris Apartment. Here’s a little teaser:

When April Vogt’s boss tells her about an apartment in the ninth arrondissement that has been shuttered for the past seventy years, the Sotheby’s continental furniture specialist does not hear the words “dust” or “rats” or “decrepit.” She hears Paris. She hears escape. Once in France, April quickly learns the apartment is not merely some rich hoarder’s repository. Beneath the cobwebs and stale perfumed air is a portrait by one of the masters of the Belle Epoque, Giovanni Boldini. And then there are letters and journals written by the very woman in the painting, Marthe de Florian. Suddenly April’s quest is no longer about the Louis-style armchairs that will fetch millions at auction. It’s about discovering the story behind this charismatic woman.

Library Journal gave it a starred review and said this: “With its well-developed, memorable characters and the author’s skillful transitioning between story lines…this stunning and fascinating debut will capture the interest of a wide audience but particularly those interested in stories about women behind famous men like Melanie Benjamin’s The Aviator’s Wife or Nancy Horan’s Under the Wide and Starry Sky. Highly recommended.”

All the fun starts on Monday at our Facebook page for this event. Come on over as you start your day, then pop in from time to time as your schedule allows. Michelle will be telling us all about the book without giving away anything, and there will be a book giveaway, and of course, photos of Paris. If you are not a part of Facebook, you might want to join just to be able to come to these fun, free, and fabulous events. Did I mention a drawing for the book??

I will be hosting this first Fiction Cafe Week and I sure hope to see you there!

Have a great weekend and see you Monday at the cafe… Oui?