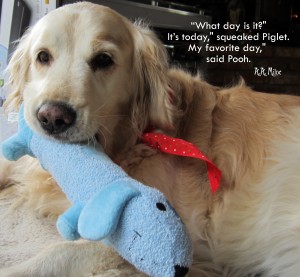 From nothing to flesh and bone 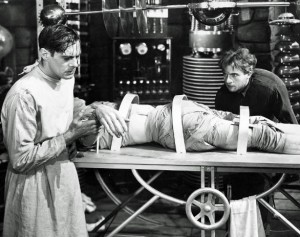 I’m in the throes of the hardest part of writing a book and I’m only 5,000 words into it. It’s always this way when I first begin a novel. I’ve done the research, I’ve set the scene, I’ve plotted the storyline, I’ve prepared my notes. I begin, and I immediately run for the Advil to chase away the thundering headache from those first attempts to write a character whom I’ve never worked with before.

For me, the aspect of novel-writing that takes me to the mat is character-fleshing. Not character-creating; that part is easy. Character-creating is sitting in Starbucks or on my patio with a yellow pad and mechanical pencil, happily imagining someone who who wants something. I like that day. It’s invigorating. The unvigorating part is giving that wispy, personish idea flesh and bones. That part doesn’t happen on a day; it happens over the course of agonizing weeks while I squeeze out of that character’s nothingness a somethingness. Moving her forward on her quest to have what she wants requires that I know her intimately; that I know how she responds to change. I have to have already imagined how she thinks, and what makes her sad, what makes her angry, what makes her feel safe, feel threatened, feel empowered, feel defeated. And I have to tease the readers into caring about her, and whether she gets what she wants. The character has to have flaws and virtues. Strengths and weaknesses. It’s mentally exhausting. When I finish writing this blog post, I will click off every Internety  thing I have open (distractions, distractions) and will spend the rest of the day making the flat girl in my laboratory come to life. And I will do it tomorrow and the next day. And the next, and for likely the next 30,000 words. By the third-of-the-way mark, I am usually over the worst of it.

I will have to pull off the first third by writing as if this character was already this richly detailed person whose deepest thoughts are already known to me. Yep, that’s the killer. A character reveals herself as I write. And yet I can’t write unless I know the character.  Scary stuff, that.

I love this quote from a CNN interview with Mo Willems on this conundrum of which comes first.

“CNN: Which comes first: the characters or the ideas?
Mo Willems: It all depends. A lot of people think of ideas as objects, or animals that you hunt. You go into the woods, you find an idea, you capture it and you bring it home. And ideas really are more like gardens. And every day, you’re planting lots and lots of ideas. Some of them get eaten by birds, and never go anywhere. Some of them grow up to be really horrible things. Some wither and die. Every now and then, over time, some idea grows up to be big and beautiful and filled with fruit. You can cut that down and burn it for profit. So it’s an evolution.”

And the evolution happens – for me, anyway – not on lovely Starbucks day, but in the grueling salt mines of writing that first third.

Call me when it’s over…

Role of Size in Logo Design

Lorem Ipsum is simply dummy text of the printing and typesetting industry. Lorem Ipsum has been the industry’s standard dummy text ever since the 1500s, when an unknown printer took a galley of type and scrambled it to make a type specimen book.

Here’s to the future 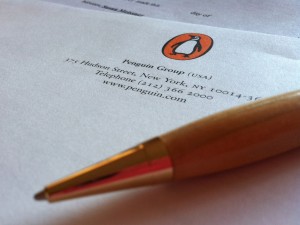 This morning I signed my name on the dotted line of a new adventure in my writing career. After several months of behind-the-curtain work, I am thrilled to share with you that my next two  novels will be with Penguin/NAL.  The first one,  A FALL OF MARIGOLDS, will hit bookstore shelves in February 2014.

I am also so happy to say this book will be a blend of historical and contemporary story-lines, just like my last five; a style that  I’ve come to feel very much at home with.

The move is a happy and bittersweet one. I’ve had a wonderful experience with my last publishing house and have had the privilege of working with an amazingly gifted editor. But I feel that each step I’ve taken on this journey– since my very first contract when I was unagented and unknown — has been to broaden my vision for the reader I am writing for.  To think bigger. To reach farther. To find those readers who are looking for the kind of story I like to tell.  My new editor at Penguin is also superbly intuitive and wise and I am already incredibly grateful for her insights on A FALL OF MARIGOLDS.  And the best part is, I am still me. Changing houses does not mean I have to change who I am or how I craft a story.

I’ve always approached the faith element of my novels with a subtle hand, by intention. I liken my style to the Book of Esther, an amazing clutch of pages  in the Old Testament where the faith element is as understated as you will ever see it in the Bible. It’s so subtle that God is never mentioned, and yet the story is an amazing one, full of the moralistic plot elements that make for a memorable story peopled with empathetic characters. I write for the reader who wants that kind of story.

May I just whet your appetite with a few of the details of A FALL OF MARIGOLDS? The historical thread is this: It’s 1911 and Clara Wood is at last living the New York City life that she’s always wanted. She is not expecting to fall in love with Edward Brim on her first day at her new job as a nurse, nor is she ready for that love to be shattered when Edward is one of the dozens who jump to their deaths in the Triangle Shirtwaist Fire only two weeks later. She exiles herself to a place where the life she might’ve had can hang suspended in the in-between world that is Ellis Island’s immigrant hospital. Clara meets Andrew Gwynn, a Welsh immigrant whose new bride Lily – a woman he barely knew before marrying her – died of scarlet fever aboard ship. Clara feels a kinship within their common grief as both she and Andrew loved and lost someone they’d known for mere days. While nursing Andrew back to health, Clara learns Lily is not who Andrew thought she was. Now Clara must decide if she will tell Andrew the truth or let him grieve something he never truly had. The contemporary framing is one hundred years later.  It’s the year 2011 and it’s mere days before the tenth anniversary of 9/11. Taryn Michaels, a single mother who was made a widow that terrible day, is reunited with a century-old scarf that had been handed to her minutes before the first plane hit the World Trade Center, a scarf that at one time belonged to an Ellis Island immigrant whose wife died aboard the ship that brought him to America…

The story is not about what it is like to lose someone you love; it’s about trusting in love enough to risk embracing it again after grief.  Loss makes us careful. It can also make us fearful.  Fear and love just don’t belong together. Too much of one and the other begins to disappear. I will be sharing more about what I have been learning about this theme, the Triangle Shirtwaist Fire, 9/11, and  Ellis Island during the writing of this book as the months progress. In the meantime I hope you will be as looking forward to A FALL OF MARIGOLDS as I am to share it with you.

Here’s to the future!

Letters in the equation 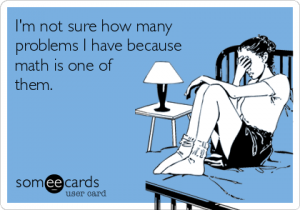 I read with interest an op-ed  piece in this morning’s paper, written by a 20-something man who has not been able to pass an algebra class; not in high school and not in college. He can pass other classes with admirable grades – even geometry – but not the class that has the the audacity to mix letters with numbers. To graduate from high school, his administrators counted his accounting class, which he passed, as an algebra equivalent since he could not graduate without it. But in community college, algebra still haunted him like the zombie that can’t be stopped.  He wrote: “Now I’ve finally dropped out, and am supporting myself through writing…I would love to learn more about art, philosophy, literature, and history in a college setting. But math requirements will prevent that. Should they?”

I can relate to this guy. Maybe a lot of writers and artistic thinkers can. Math was never my strong suit. I got my first “D” ever in Algebra in high school.  First ever. It was demoralizing. I didn’t do D’s. I had a great GPA, was on the honor roll, was highly motivated, and I really gave it my best.  I retook the class in summer school in a desperate attempt to rid that blemish from my record. I am happy to say that with a better teacher (she used colored chalk and made up stories about the letters and numbers…) I got an A. My GPA was restored and so was my validation as a contributing member of society.  But then I took the SAT. You can probably guess how I did on the math component.  I sweated all through bonehead algebra my freshman year of college. I knew I HAD to pass it to graduate with any kind of degree. Any kind.  I did pass that class, but that’s not the point.

What if I hadn’t? Sure, I could have hired a tutor, taken it again, taken it three times if necessary. But why do we place such inordinate value on algebra, as if it is the bouncer at the door of all career aspirations?  And sure, this guy can learn what he wants by taking classes online, reading, attending lectures, etc. But what he wanted was a college education.

Some of us just aren’t wired to think algebraically. But we still think. We can still balance a check book, and figure out percentages on after-Christmas sales, do our own taxes, and estimate how many gallons of paint to buy to freshen up the living room.

And people like me write the stories that keep the world interesting… That guy should be able to stay in college.