Tribute to a Good Dog 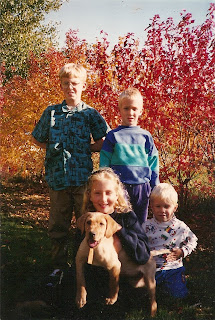 Today I share a few photos of our dog, Luke, who passed away on Tuesday at the age of 14½. He was what many dogs spend their lives being – supremely devoted, unwilling to carry a grudge, happy to see you at any moment of the day or night, uncritical of your faults, content to lie at your feet at the end of the day, ready at a moment’s notice to go Outside. 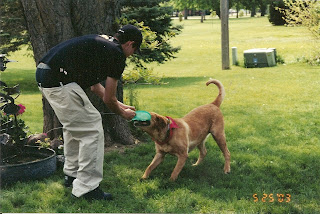 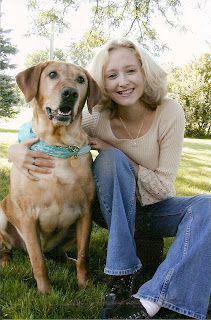 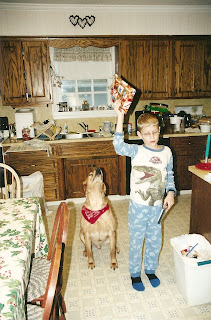 He was there for the lion’s share of the parenting years, he played a lot of Frisbee, barked at a lot of snow shovels, sniffed many a tree, claimed even more, opened Christmas presents – his own and those belonging to other “people” – with reckless abandon. He deftly played a game we called Mysterious Banana (if you insist on an explanation, I will give you one), he chased lizards and squirrels (obviously undaunted by the knowledge that in his lifetime he never caught one), loved apples and carrots, and stole the cat’s food whenever we weren’t looking. He stepped in paint once and left his paw print in the driveway and it is there still, dear to me now. He loved to chase and chew empty milk jugs and he once tried to stuff three tennis balls in his mouth. If you threw a dirt clod he’d retrieve it. His paws twitched when he dreamed and his ears felt like velvet. No matter what I had done or didn’t do – he always wagged his tail at my approach. Always. 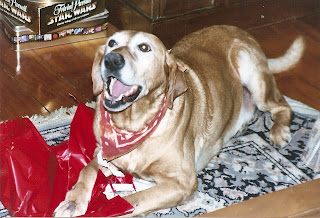 The only fault good dogs have is they don’t live long enough, though I suppose this is one reason it is forgivable that they don’t; so that we would be reminded of how wonderful they are and how we should aim to be a little more like them: Loyal, nonjudgmental, forgiving, compassionate, ready to drop everything and just go Outside . . .

“Near this spot are deposited the remains of one who possessed Beauty without Vanity, Strength without Insolence, Courage without Ferocity, and all the Virtues of Man, without his Vices. This Praise, which would be unmeaning Flattery if inscribed over human ashes is but a just tribute to the Memory of Boatswain, a Dog.
~ Lord Byron

« Monday Marvels
Stages of the cross »