What we’re hungry for 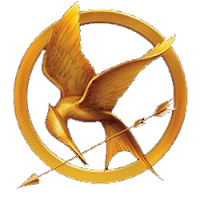 My college-age son came home for spring break in the wee hours last night. He had attended the midnight showing of The Hunger Games along with thousands of fans across the nation eager to see the heroine Katniss Everdeen battle gentrified injustice the likes of which I hope never to see happen in real life. He and I have both read The Hunger Games trilogy, both were spellbound by the over-arching story, both liked books 1 and 2 better than book 3 and both were eager to see it played on the screen.

It was good, he told me this morning, really good, but he said it was obvious how much the violence factor had to be toned down for a PG-13 audience. If you’ve read the books, this won’t surprise you. I am not one to read and watch gore, so I must say that the violence contained in The Hunger Games isn’t what makes the story good, but it certainly is what makes the story compelling. The stakes are incredibly high for the book’s heroine, as high as you could imagine in a dystopic world where compassion and decency have been turned upside down. Telling the story on screen as it was told in the pages certainly would have given it an R-rating. But truly, it’s not the violence that draws; it wasn’t that for me. The story manages to transcend the violence in a way that surprises  me.

In case you’ve been underground or writing a doctoral thesis or in a coma, The Hunger Games is a young adult novel by Suzanne Collins that came out a few years ago and quickly became a mega-bestseller across all the age demographics. The basic premise, nicely summarized in this morning’s San Diego Union Tribune, is this: “‘The Hunger Games’ is set in Panem, a violent, post-apocalyptic world broken up into 12 districts. Every year, the Capitol mandates that a boy and girl from each district be sent to fight to the death in The Hunger Games, a televised competition in which the winner is the last person alive. When 12-year-old Primrose Everdeen is selected to be a tribute, her older sister, Katniss, volunteers to go instead.”  The story is about love foremost, justice and mercy, second, and third and finally, in my opinion, survival.

Relevant Magazine has an insightful article that addresses how the trilogy and now the movie has captured young and not-so-young audiences alike. It’s because at its core, The Hunger Games is not a book about survival in a gladiator’s arena. It’s about love and hope and redemption, and very different from the last YA craze, The Twilight series. I especially love this quote from the RM article, because it gives us a glimpse of how Katniss – in the company of her fellow Arena tribute, Peeta  – can dare to see hope despite her circumstances: “Perhaps the most righteous character we find in this story is the beloved “boy with the bread.” Peeta Mellark is kind to a fault. He is giving. He is slow to anger, but quick to defend others. When we first meet him, he’s risking a beating to provide bread for Katniss’ family, wanting nothing in return. While even our heroine at times relies on her powers of manipulation or allows despair and anger to direct her actions (and her bow), Peeta is a glowing example of counter-cultural authenticity and radical love. In Peeta’s famous monologue the night before the tributes are sent to battle in the arena, he expresses his intent to maintain “his purity of self,” even though behaving otherwise could be easier, even safer for him. “I don’t know how to say it exactly. Only … I want to die as myself … I don’t want them to change me in there. Turn me into some kind of monster that I’m not.”


I may wait for the hoopla at the box office to taper, as I am not one to want to wait in a line for anything other than Caribou Coffee, but I will definitely see what Hollywood has done with one of my favorite reads of the last couple years.  Interested in the trailer? Well, here it is: