Short and to the point 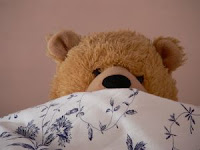 When I was editor of a small town newspaper and writing my own headlines (small town editors not only have to do that, they also shoot their own photos, choose the page layout and type up the occasional obituary when deadlines loom) it was a quite a brain-numbing task to come up with a stellar set of words that really packed a punch.

I had been taught that a good newspaper headline is short and powerful, crafted with unique and clever words that convey how this story is different than every other story like it since the history of the printing press. You could not write a headline like this: City Council holds meeting. That was bad, bad, bad. You could write this: Council eschews underwater skate park scheme. “Eschew” is a clever verb. And how often does a council get to do that while discussing an underwater skate park? Not very. And scheme and skate are nicely alliterative.

Now — generally speaking — small town journalism is packed with the seemingly mundane. Weather stories get front page attention. So do planned burns by the fire department, the fall musical at the high school and a new business opening on Main Street. Every now and then there’s an eye-popping indictment or a robbery or even a murder. After spending lotsa waking hours coming up with clever ways to headline stuff of the ordinary, it was actually hard coming up with a snappy header for a truly newsworthy piece. But I did it. I had to. Edgy verbs. Meaningful nouns. No extraneous anything. Word punch. That was the order of the day.

Anything that drains you mentally is memorable, and so that is why I am forever scrutinizing headlines. Even now, years later. I see an out-of-the-ordinary headline and I ponder whether I could’ve come up with it if I had to.

Today, on my Google homepage, this headline awaited me: “Bears eat man at beer festival.”