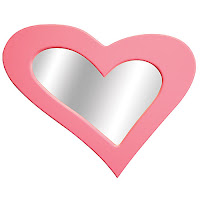 When I first had a book published a few years back, and I knew my name would actually generate a few hits on Google, I did the vain thing and Googled myself. It was pretty exciting. A heady experience, if you catch my drift. I still do it from time to time – when I’m bored, when I’m procrastinating, and when I’m feeling curious – okay, insecure.

I confess this only because I’ve learned that lots of authors Google themselves or put Google Alerts on the their names. We want to know when people have talked about us or mentioned us in a blog or read a book of ours and decided to say something to the vast Internet audience about it. Sometimes I’ll catch a reader review I hadn’t read before or I’ll learn a bunch of librarians on the East Coast decided to buy some of my books for their shelves and I’m among the new acqusitions for that month.

But you know what? Everybody Googles themselves, not just authors. Everybody.

What is particularly interesting is that I am not the only Susan Meissner out there. There are more of me. There are some of you out there, too. Some of you know this. In fact, there is a popular website that tallies same names (very cleverly titled SameNameAsMe). In a recent article the New York Times said there is a name for people who skip about the Google universe looking for their twins: Googlegangers. A writer, Angela Shelton, found hope and healing while she searched for people who shared her name. She wrote a book about it.

The NY Times says there is a reason we are drawn to people who share our name. “It is because human beings are unconsciously drawn to people and things that remind us of ourselves.” We are attracted to things that make us think of us! Yikes. Is it a quirky, narcissistic bent or deep insecurity that makes us seek out strangers who share the first layer of our identity? Studies show we even, by and large, like our own intitials better than other letters of the alphabet!

I read this and wanted to say, “That’s just silly.”

But the truth is, I love the curly shape of the letter S. I do. And my admiration for the 19th letter is only slightly less than the attraction I have to M. Remember the M Mary Richards had in her St. Paul apartment on the Mary Tyler Moore Show? As soon as I got married and had a last name that began with M, I began to want one of those. I still want one.

And McDonald’s Golden Arches? When my kids were little, impressionable, and devotees of said restaurant, I used to tell them that the yellow M stood for Meissner.

Guess it’s not so silly after all, eh?