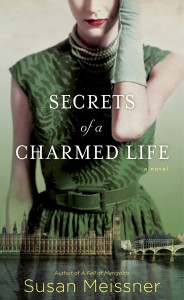 When I get the email from my editor that the art department has come up with a cover for a new book, I always take a deep breath before I open the attachment to look at it for the first time. It’s the only time I can ever be just like the reader who is looking for a new book and who stumbles upon mine. They see the cover with fresh eyes and they know hardly any thing about the book except that maybe I wrote it.  What emotions will that first look evoke?

Sometimes I will see a cover and I will know that it is perfect. Other times it will grow on me. Other times I don’t feel like the essence of the book has been captured and I will have to craft a carefully worded email describing what I like about the cover and then attempt to explain, even though the cover has merit, why it doesn’t seem to work.

When I saw the cover for Secrets of A Charmed Life my eyes were drawn instantly like a magnet to the woman’s half-face, her ruby lips, her porcelain complexion and that gloved hand by her cheek. Is she flicking away an errant hair or raising a palm to her cheek in shock as we often do when something surprises us? What is she thinking? Does she know the secrets of a charmed life or is she desperate for someone to tell her what they are? Her lovely green dress fading into the River Thames in London tells me the setting and her 1940s vibe suggests to me it won’t be an easy setting. Not then.

All that it is to say, I did fall in love with this cover, but it was after I contemplated this woman and the mystery that surrounds her. This book, which will release in Feb 2015 by Penguin, is set for the most part in England during the years of the war. In a nutshell, Emmy is a idealistic teenager of a single mother who aspires to design wedding gowns. She sneaks back to London after she and her little sister have been safely evacuated to the countryside. Emmy has an appointment to keep with someone who wants to see her fledgling designs, and no rumors of an attack by the Germans will stop her. But she and little Julia arrive on the very day the Luftwaffe sends a wave of 800 planes over London’s East End – in broad daylight — bombing it relentlessly. When Emmy finally makes it back to the ruined flat where she left her little sister for a meeting that was only supposed to take an hour, Julia is gon 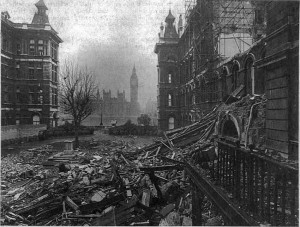 e without a trace. And since Mum wasn’t expecting her girls to be at the flat – why should she? Emmy and Julia are in the countryside – Mum stayed elsewhere when the attack began. Julia had been left alone in the flat while hell rained down.

And so begins Emmy’s quest for absolution, for redemption, for restitution. She is a girl searching for the secrets to a charmed life. She had thought the perfect life began with the perfect wedding dress – the emblem of happiness and fulfillment. She was wrong…

So the cover works for me. Very much so. I see Emmy in this woman wearing the green dress, especially when Emmy attempts to reinvent herself after the loss of her sister which she clearly believes is her fault.  This is her journey in the book: Becoming someone who can find a way to live with regret. But what she discovers is something else entirely.

I would love to hear what you think of this cover and the little bit I’ve told you. Thoughts??