I do not eat them, Sam-I-Am 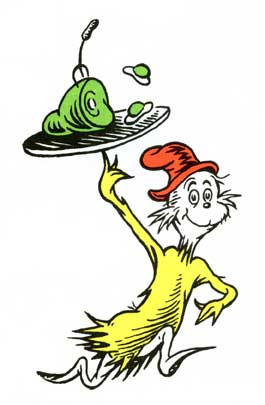 When you’re a little kid and the vast world of culinary delights stretches before you like a wilderness of unexplored territory, it’s understandable that your untrained palate might go a little rebellious from time to time. There were a lot of things I didn’t like when I was little that I absolutely love now, like spinach, eggplant, lima beans. But there are some things that I didn’t like when I was a kid and I still don’t like them. It’s a short list, but I am sharing it here in hopes that you will share yours. I was inspired to post this confession after reading this guest post on Food Riot, where the author shares her shameful, shameful list of things she does not like. (Poor thing. she does not like avocados or cilantro or pickles or eggs or sushi or macarons.)

So here’s my list. At least the ones I can think of off the top of my head.

MAYONNAISE: Ick.  I’ve never liked mayo. Ever. I can eat it mixed up in tuna fish or egg salad but only if the Greek yogurt is all gone. But if it’s peeking out of a bun or from between two slices of bread, I’m a goner. There’s just comething about its look and consistency that makes me dry heave. You know the stuff that pops out of a zit when you squeeze it? That stuff is mayonnaise. Gross.

CIRCUS PEANUTS: The very thought of them sets my teeth on edge. Like the scraping of Styrofoam on metal. Nails on chalkboard. Witch in boiling oil.  Even as I type this my shoulders are shimmying in disgust. 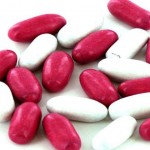 just don’t like black licorice. If nerve gas had a taste, this would be it. That Barbie pink and white coating on a certain kind of candy masquerading as Yum & Yummy  is a despicable lie to cover up the gutter trash taste of the licorice.  The inventor should be thrashed and forced to write letters of apology to children everywhere who thought pink and white should taste like cotton candy.

INSTANT RICE: Either do rice right or serve crushed up Fritos instead, You don’t make rice in a minute. Rice takes 20 minutes. Twenty. The confetti that poses for rice in any kind of rice-in-an-instant product would be better suited for kindergarten craft projects.

CHEESE FOOD: Don;t even get me started on cheese that is not cheese. I have never bought a slab or jar or can of cheese food and I never shall. I  also don’t buy psuedocheese wrapped in individual plastic wrappers.  Real cheese is the stuff of legends and fables and happy times with crackers and fruit and good company. I can’t abide the fake stuff.

So there it is. The stuff  I don’t like.

I shared mine. What are yours?