If you are one to be mindful of dates and anniversaries then you will no doubt be aware that 2011 marks the 150th anniversary of the start of the Civil War.

As you may recall from your junior year American History class, the first shots were fired before dawn upon Fort Sumter on April 12, 1861.

From Eyewitness to History: “The firing of the mortar woke the echoes from every nook and corner of the harbor, and in this the dead hour of the night, before dawn, that shot was a sound of alarm that brought every soldier in the harbor to his feet, and every man, woman and child in the city of Charleston from their beds. A thrill went through the whole city. It was felt that the Rubicon was passed. No one thought of going home; unused as their ears were to the appalling sounds, or the vivid flashes from the batteries, they stood for hours fascinated with horror.”

Having just finished the fourth rounds of edits on my next book, A Sound Among the Trees – which has its historical thread this terrible War Between the States – this anniversary is especially haunting to me. If I had $125 to toss around, I’d buy hese bookends, pictured above – the Monday Marvel for this week. 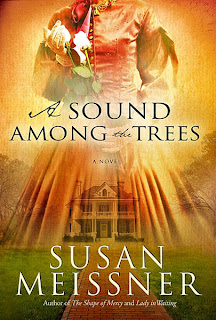 Look for more musings on the Civil War throughout this year, especially as the release date for A Sound Among the Trees draws near.


And for a great article on the subject, check out this week’s Time Magazine and this thoughtful piece by David Von Drehle.  The photographs created for this article need to be seen to be appreciated. Using reenactors in period uniforms and contemporary city scapes, the photographer captured an eerie sense of what it must’ve been like to be in a war in your own backyard.

“History is not just about the past. It also reveals the present.” – David Von Drehle