If we could talk to the animals 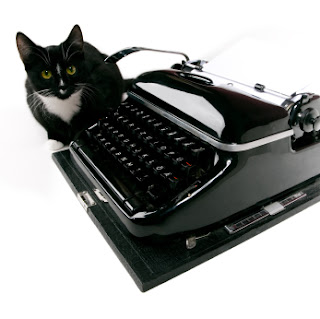 Earlier this week while watching the Today show I learned about the now famous Bronx Zoo cobra who’d gone missing from his warm abode in the reptile house. Newsworthy though that was, that wasn’t what was making the headlines that morning. Instead it was the Bronx Zoo’s Cobra’s tweets.


Someone with audacious brilliance realized this snake on the loose was the perfect writer for a Twitter account. Said genius opened an account for the roving reptile and began posting the snake’s daily treks as she explored New York City, with just the right amount of quirky class and cleverness. If animals could write, this is definitely how they would write. Intelligent, smartly satirical, insightful and savvy. Nothing that smacked of elephant jokes – and I definitely intend no pun.


After the Today show spot, I considered becoming a follower of the Bronx Zoo’s Cobra but when Random House, the parent company of my publisher, tweeted not long after that that the Bronx Zoo Cobra had been sighted in their lobby reading one of their books, I jumped right in.  The BZC’s tweets for the next couple days were the highlight of my day.  I laughed out loud when she tweeted that she sure did love the poem engraved on the Statue of Liberty -‘ your coiled masses yearning to be free.’ – and “Indiana Jones! Why did it have to be Indiana Jones!” And from the top of the Empire State Building, tweeting that the people on the ground below looked like tiny mice. Delicious tiny mice. And this one yesterday: “Got a bagel at H & H Bagels on upper west side. When I ordered I said, “I’ll have the snakes on a PLAIN.” He did not laugh. Tough crowd.”


I had tweeted right after that: “I don’t want the Bronx Zoo’s Cobra to be found and sent back to the reptile house where there is no Wifi. Hisss possssts amusssse me ssssso…” (Didn’t know at the time she was a girl. . . my apologies)


So you can imagine my sadness when one of my kids told me the snake had been found that afternoon – in a dark corner of the the reptile house – and the fun was over. Or so I thought. I should have guessed the clever writer behind the snake would find a way to keep writing from within the glass confines of the reptile house.


Her Twitter geographical location, which had until yesterday read “Not at the Bronx Zoo” now reads “I’m at the Bronx Zoo – For now.” And there is a new hashtag for her tweets – #freethebronxzooscobra.


So the muse of the ruse of will continue to enlighten and entertain, and that makes me smile. In a world where there is much that is sad and disappointing, it is nice to have a literate nonhuman providing colorful commentary on life among humans.


Makes me want to read the amazing The Art of Racing in the Rain a second time. . .