Got some good news to post on the Edge today. And even though it is a cause for celebration, I have to say it’s a little awkward for me to use this space for horn-tooting. I prefer the piano in a quiet room. But you might want know that The Shape of Mercy has been named a finalist in the Evangelical Christian Publishers Assn’s Book of the Year contest. I have been named in the fine company of Jerry B. Jenkins, Tim Downs, Ann H. Gabhart and Christa Barritt. As the Sprint guy would say, “Pretty cool, huh?”

The other categories are Bibles, Children & Youth, Inspiration & Gift, Bible Reference & Study, and Christian Life. You can read more about it here.

The winner will be named on March 19 – the day before the Christian Book Expo begins – in Dallas. (If you live in the DFW area, you should go to the Expo. More than 200 authors will be there. Me, included). So without further ado and adon’t, here are the nominees. Celebrate with me. . . 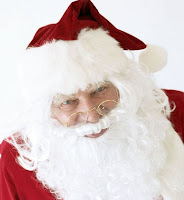 Here’s the scene. Breakfast table. Teenage-son eating Cheerios and scanning the morning paper. Husband sipping coffee. I am in slippers and sweats making said son a sandwich for his lunch.

“You know that music you liked so much at the Inauguration?” son asks.

“Yes,” I say, thinking he is going to tell me he will download it for me.

“It wasn’t real. It was pre-recorded.”

I don’t believe him. I tell him so.

“Says right here,” he says. “It was pre-recorded. It was too cold to play.”

“Let me see that!” I am sure he is reading News of The Weird or someone’s comic strip or simply pulling my leg. But then I read the article myself and I see that it’s true.

That beautiful music, played by musicians who seemed to embrace the moment like it was a jewel, was pre-recorded. It was too cold to play it live, the article said.

I stomp away feeling like someone has just killed Santa Claus.

I loved that music. I loved the way the musicians played it with such heart and soul. I was amazed at how beautiful it sounded. How they didn’t seem to mind the cold. I figured they had special heat lamps that kept them and their instruments warm. Yay technology! I was thoroughly impressed with the sound, the beauty, the strength, the vitality. It was like a shining image of a nation on the cusp of renewed hope. We can get out of the black hole of uncertain economic times. See? Look how we make music when all around us is the chill of doubt.

I know it shouldn’t bother me that much. It’s not that big a deal. But we don’t always get to choose what bothers us.

I want it to be real.

When there is no reason not to

It’s been warm here in the West.

I am not gloating, truly. I cringe to even write such a thing with all the family, friends and colleagues I have scattered across the Midwest and East. I know how cold it’s been there. So when I say we’ve had unseasonbly warm weather – warm even for SoCal – please know that I only say it to ponder something else. Something more remarkable.

My paperwhite lillies are blooming. All over my patio in their little clay-colored pots, paperwhites are blooming. Geraniums, too. The warming rays of a generous sun have convinced them there is simply no reason not to do with they are designed to do.

Makes me wonder what I could be capable of doing if I had no reason at all not to do what I’ve been designed to do. If I sensed no potential hazard, if I didn’t care what all paperwhites had done before me, if I chose to believe that the absence of obstacles was more than just an invitation to give it all I got; more like a happy obligation.

True, I worry about what will happen when chilly weather returns. What will happen in February if frosty mornings make a comeback?If I have to go back to wearing sweaters? What will happen to my paperwhites when spring really does arrive? Will they make a second appearance? I don’t know enough about bulbs and weather to know what will happen. I do know this.

I’ve had the pleasure of paperwhites in January.

Now that the New Year and birthday confetti has settled (I celebrated another 365 days on the planet last week) I have decided what my New Year’s wish for 2009 is. I don’t know if there’s such a thing as a New Year’s wish, but there should be. Birthday candles and their wishes could perhaps get a leg up if there was a New Year wish to back it up.

I want two hours of gifted, nightly reading time. I want two hours that don’t use up any hours from the 24 we are given every day to accomplish life. I want it to start at 10:30 every night. At ten-thirty, a magical two-hour stretch of time called bookthirty would begin. When it ends two hours later, it would still be 10:30. I would then put my book on the nighttable, take off the pitiful reading glasses, turn out the light and snuggle into the covers with two hours of booktime waltzing in my head and it’s not after midnight.

Whomever said “So many books, so little time” surely spoketh true words. Something must be done. I want a clock that can give me bookthirty, every night, from this day forward. And since I know how prone we are to use precious time for often ridiculous pursuits, I am more than willing to have bookthirty vanish if I begin to use it for watching a dumb movie, or even cleaning a toilet. It’s only for reading books. It will return to me the next night of course where I can redeem myself and use the two magical hours for the purpose with which they were granted to me. And of course, if I am so tired at 10:30 that I choose to relinquish bookthirty of an evening, well then, there’s always tomorrow.

I need that clock.

Who is with me?

Sitting on the bedside table

Another year has begun, another 365 days at my disposal in which to read good books. My To Be Read stack is dangerously high – there are still books there from 2006 and 2007 begging to be elevated to the top after months of forced captivity with the dust bunnies.

But I list here just the handful that I am most looking forward to diving into in 2009, starting with the top three. Can’t wait. . .

When I told someone recently that I had Same Kind of Different as Me sandwiched in the middle of my towering TBR stack, this person enthusiastically insisted I move it right to the top, it’s that good, he said. The subtitle sheds some light on the concept behind this book: Modern-Day Slave, an International Art Dealer, and the Unlikely Woman Who Bound Them Together. The story is told in two alternating viewpoints, that of a wealthy international art dealer who travels the world and the other, a homeless man who grew up in Louisiana, living a life that wasn’t altogether different from the lives of slave ancestors. One reader-reviewer said: “Each man teaches the other about life and faith. . . [They] offer a glimpse into two worlds that are nearly opposite and shows what happens when these worlds come into contact with each other.” It’s gotten oodles of five-star reviews on Amazon.

Just under Same Kind of Different as Me is The ZooKeeper’s Wife. Research for my Fall 09 book took me mentally to the Warsaw Ghetto and tales of courage I had not heard before, so when I saw this book at Borders it literally called out to me.

In this book, Diane Ackerman presents “the remarkable WWII story of Jan Zabinski, the director of the Warsaw Zoo, and his wife, Antonina, who, with courage and coolheaded ingenuity, sheltered 300 Jews as well as Polish resisters in their villa and in animal cages and sheds. Using Antonina’s diaries, other contemporary sources and her own research in Poland, Ackerman takes us into the Warsaw ghetto and the 1943 Jewish uprising and also describes the Poles’ revolt against the Nazi occupiers in 1944.” (Publishers Weekly) Stories of the Nazi nightmare in WWII are without fail unspeakably hard to read, but the depth of honor and courage evidenced by those who stood against that kind of evil has always amazed me and probably always will.

My friend Tosca Lee’s Havah has garnered wonderful reviews and everyone I know who has read it has been wowed by this fictionalized tale of Eve. You know, the Garden of Eden Eve. Says Publishers Weekly: “From having known only blissful innocence, [Havah] must struggle through every post-Garden moment. Frustration compounds her plight as she repeatedly attempts to regain her former idyllic existence and repeatedly fails. Havah’s life becomes a fight for survival once she and Adam are cast from the Garden, and Lee’s poetic prose beautifully depicts the couple’s slow surrender to a world tending to destruction. Havah gives birth, raises a brood of children, watches one son kill another, observes disease and death. Yet all the while, she waits for the fulfillment of “the One” (God) who will bring reconciliation and redemption through her seed. Lee’s superior storytelling will have readers weeping for all that Havah forfeited by a single damning choice.”

Also at the near tippy top of my TBR stack: The Guernsey Literary and Potatoe Peel Pie Society, The Heretic’s Daughter, The Lace Reader, The Vanishing Act of Esme Lennox, Pillars of the Earth and Anna Karenina.

So many books, so little time! What’s on your TBR stack??